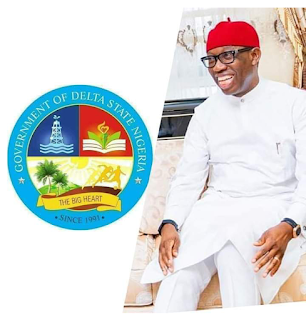 Delta Governor, Sen. (Dr) Ifeanyi Okowa, has congratulated Deltans on the 28th anniversary of the creation of the State.

In a message signed by his Chief Press Secretary, Mr Olisa Ifeajika, in Asaba, the governor thanked the people of the state for their resilience, patience, cooperation and support to all administrations that had governed the State in the last 28 years.

He assured that his administration would continue to build on the gains recorded by his predecessors in order to create a stronger Delta .

Felicitating with citizens of the State on the anniversary, the governor said “our beloved State has continued to blossom in spite of challenges confronting us as a people.

“My administration appreciates Deltans for their resilience and peaceful co-existence among us.

“In the last four years that we have been on the saddle, we have continued to build on the gains recorded by our predecessors and I assure you that better days are here for all Deltans as we work towards building a stronger Delta of our dream.

“Through Delta State Capital Territory Development Agency, we have done a lot in the past four years, to make Asaba and environs a befitting state capital.

“We have initiated measures to resolve the nagging flooding in the capital territory through network of storm drainages, which are nearing completion, in addition to two new ones whose contracts were recently awarded.”

The governor restated his appreciation to the people for renewing their mandate to him through a resounding victory at the last general elections, engendered by their overwhelming votes.

“With the re-election and inauguration, we have been re-energised to vigorously deliver on our SMART Agenda drive. I assure Deltans that with their support, we will do more,” he said.

He added that to address critical infrastructural needs in Warri and Effurun axis, “we have created Warri/Uvwie and Environs Development Agency, and we will continue to scale up development in rural and riverside communities in the state.

See also  What Alamieyeseigha Stood For – By Diri

“The recent inauguration of road projects in Ijaw and Itsekiri coastal communities by Vice President Yemi Osinbajo is a testimony of our resolve to build a Stronger Delta for our people.

“As Deltans, we have every reason to celebrate our 28 years anniversary as a State as we remain on the right trajectory to development.

“We will continue to operate within the principles of equity, fair play and friendship, which have largely created the atmosphere for peace and development in the State.”

Delta and 11 other states, including Edo, were created on Aug. 27, 1991 by the military regime headed by Gen. Ibrahim Babangida.