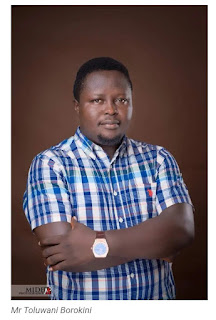 Mr Toluwani Borokini is a different personality to different people, to some he is a media man, to some he is a businessman while to some he is a good governance advocate. For more than two hours Emmanuel Daraloye of Arbico Parrot was with him, he took us down memory lane from his not too rosy childhood to his business and educational pursuit, why he is aspiring for a seat at the Akure south Constituency 1 in the Ondo State House of assembly in the forthcoming 2019 poll and other issues.
Excerpts:

Is it true that you are aspiring  for a seat at the Ondo State House of Assembly for Akure South  Constituency 1.

It is true I am contesting for House of Assembly, Akure South Constituency 1 because I have looked at the way things are being run and it is so challenging to me. We keep leaving it at the hands of people who direct our lives and affairs any how and if we don’t participate in the governance which is one of the key things I believed in, that is, good governance, if we don’t hold the mantle of politics as it affects good governance, then we might have left our lives to be run by just anybody. So, I decided to yield to the clarion call of my people to represent them at the Ondo State House of Assembly in the fortcoming election.

Prior to this, have you ever participated in Politics or held any leadership position?

Yes, I was at the Students’ Representative Council of the Students’ Union Government of my School, representing the School of Languages in 2006/2007 and I was one of those people who looked into the eyes of the leadership of the SUG President to demand for accountability to students, I remember telling him that the greatest enemy of accountability in leadership is ambiguity because when you are  being ambiguous you can’t call a spade a spade, you will be trying to garnish and polish things, you leave doubt in the mind of the people. Sometimes, I think it is expedient even as a young leader, in any given respect, to be accountable to the people. I have of course crossed the line of the Street and the Church, I was born into the Anglican Communion, my father rose through the ranks, was neglected from which the children suffered until God remembered the man. Today, he is the first Akure indigene to become an Anglican Bishop and not just in any Diocese but in Akure Diocese. I have a calling which is not to take a calling like him, my calling is in politics to serve people. When John the Baptist was given birth to, he had a different calling, his father was raised in the Temple, they even gave him a name after his father which was Zacharias but the Angel had told them that he will be called John, they did not understand because he has a job to do in the wilderness, I have a job to do in the wilderness of Politics.
I have been into Youth and Nation Building Capacity among people for over 10 years, I have held nation building Seminars across the length and breath of this Country. I had been to Maiduguri in 2009 at the Women Developments Centre. I also held it in Abuja, Lagos, Ibadan and different places teaching young people on how to be self reliant and the likes. 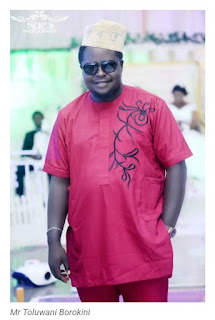 Tell us about your educational pursuit till date?

When my father started his ministry, he started in Ondo town, Ondo diocese to be precise, I started my Nursery and primary School at Joan Day Nursery and Primary School inside Bishops court in Ondo, we later came to Akure where I continued my education at Annunciation Nursery and Primary school inside Vining College of Theology, Akure. Later crossed over to Bishop Falope Mem. Daycare Nursery and Primary School, Akure. I did my Secondary Education at St Mathias’ Anglican High School, Akure. I have schooled here almost all my life. I went to Obafemi Awolowo University, Adeyemi College of Education Chapter, for my First Degree. I did my Masters at OAU. I did my NYSC in Abuja in 2008, in 2008, I started business in the proper sense.
How was growing up like?

Growing up was interesting. Akure is a cool place, I enjoyed my childhood, we hunted for squirrels, bush rats, birds inside Vining College of Theology. We lived in the compound for 15  years. We grew up doing the normal playing of football, as though we could become the Ronaldo of this world and the likes but we had a purpose beyond the football field. My mum inspired me into business a lot; I sold all manners of things and also almost every birthday in our house was celebrated, so, that informed my desire to venture into event  planning. When I was on campus, I planned birthday for peoole.

I went to Nigeria Institute of Journalism, I studied Effective Communication and Writing Skills, Dr Dele Asadede of A-Z was my instructor, that was in 2007. In 2008, I was at the Federal Radio Cooperation of Nigeria Training School, Shogunle, Lagos State for Basic Presentation in Broadcasting.  Afterwards, I worked with New Africa Magazine and Prime International Magazine both in Lagos to explore my writing tendencies. I remember covering the Ijegun pipeline explosion in 2008, I was one of the few Journalists that got there early. There after, I went to serve in Abuja where I of course took it to the next level which is my company, Utopian Events. This Company was registered in 2008 with the Corporate Affairs Commission (CAC). I have done businesses with a lot of people and brands, like Korea embassy in Abuja, I decorated the Aso Villa Banquet Hall when former President Jonathan had a breakfast with some Christian leaders. Also, when one Major General Bissong Obi, Head of United Nations Peace Mission to  South Sudan gave out his daughter in marriage, his daughter was a friend when I served, I emcee the event. General Abdulsalam was the father of the occassion (Showing some pictures on his phone).

What has been your contributions to the society ?
I have always been a people’s person, I have always encouraged people, I have always encouraged the youth. I have a couple of people working with me, I have assisted some people. The Toluwani Borokini foundation has been on for about five years, we have used  Echoes and Voices to promote values among  the students. We gave them support , we started capacity building in 2008, I organised Make it in Naija Undergraduate’s Programme, telling them 10 reasons why they should not look for job and 10 ways to get a job after school. It was balanced and that was repeated in OAU, FUTA and AAUA, we called it The Convergence, i.e. the gathering of the executive royal breed, bringing young professional together and teaching them the realities of the 21st Century. In this Century, there are more customers than Jobs, Youth capacity building , women empowerments, proper and accurate representations, for instance, what’s the basis for the IGR increment, some of these things are not OK for young entrepreneurs growth, we must eradicate poverty. Agriculture has been one thing I love, I did animal husbandry, I have invested a lot into Agriculture and we hope to take it further to encourage Young people. I once had a meeting with the former SSG (Ondo State), we planned to have a mini zoo bringing friendly animals but you know… Thank God Government is a continuum like Arakunrin Akeredolu do say.
You are aspiring to enter the musky water of Nigeria politics, are you not scared? 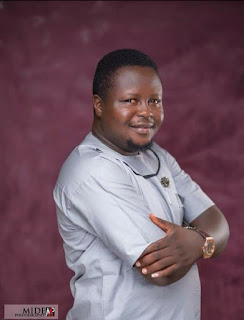 Fear is the last thing on my mind, I am a gladiator, I learnt to  play by the rule, fear is not the issue. The greatest fear any man must conquer is the fear of failure, there is nothing I have done in my life that I have failed.

What has been your contribution to the political space?

I was a volunteer in 2010 for Tunde Bakare and the then General Muhammadu Buhari. We had meetings with them, I was one of the coordinators for the Hausa people in Akure. Also, in 2015, I was part of the Buhari/Osinbajo support organisation canvassing for him. In 2011, we didn’t feel we lost the election but we felt the time was not right, you cannot win an election in Nigeria without having a Progressive, i.e. Asiwaju Bola Ahmed Tinubu, the Jagaban. I met with my leader Honorable Ifedayo Abegunde, I asked him who he wanted us to work with. I also asked him, “Sir, what about this purported Akure agenda?”  He said he was working with Aketi, then, I decided to pitch my tent with him.

In September 2016, I founded the Aketi Volunteer group, one of my activities was to canvass among the young people, I am an Anglican, a lot of people were disappointed that a member of  their Church was contesting and I wasn’t supporting and I said no going back. I received threat and a lot of things came up, but Abena was there for me.  I also went ahead to paint Aketi campaign organisation building to the colour of APC, few days before the election. There was an interactive session organised by Kunle Adebayo, I mobilized people to the event, I decorated the place and I was the MC. After the election, there was an inauguration of SPDC Committee at St Thomas’s Church Events Centre, I decorated the place for free which served as my contribution and part of our efforts to this Government, we have been part of the Government, Aketi is working.

I Will Not Be Intimidated Over My Senate Election – Gov Ortom