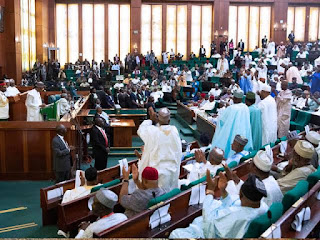 Civil society group, SERAP is threatening a legal action against the House and the Speaker, Rep. Femi Gbajabiamila over the matter.

According to SERAP, it was outrageous that 469 members of both the Senate and the House will opt for “exotic” vehicle gulping the humongous sum for official use at a time the economy of the country is in dire straits.

In response to the public outcry that greeted the planned expenditure of N5.04bn on “exotic” cars for members of the National Assembly, the members of the House of Representatives have said they deserved to drive jeeps otherwise called Sports Utility Vehicle (SUVs) and not Toyota Camrys.

Reacting to the reported impending suit, the Spokesman of the House of Representatives, Hon. Benjamin Kalu in a rebuttal he sent to Vanguard said that it was against the spirit of moral and natural justice for some sections of the public to isolate the lawmakers for possible “crucifixion”, and leave the Executive and Judiciary free.

He said that the two arms of government hardly even use the Camrys but SUVs and other cars of choice in the execution of their assignments.

The spokesman said that the lawmakers, considering the state of the roads which the Executive has refused to fix, should also be given SUVs for their oversight functions.

“Of all three arms of government, the legislature does not necessarily fare well when it comes to approval ratings. This image problem is not peculiar to Nigeria. There are so few countries in the world where the legislature as an institution enjoys good popularity; including the United States of America which we often hail as the most ideal democracy

“The fulcrum of any democratic government is the legislature- the assembly of the elected representatives of the people. Its presence is the key identifier of a democracy. Such an institution where representatives from all parts of Nigeria sit on a daily basis to deliberate on the affairs of the nation and make laws for the benefit of the country should be cherished, preserved and accorded all tools necessary (including the benefit of doubt) to serve the nation.

“A few days ago, news broke that SERAP was suing the House of Representatives for plans to spend N5.04bn on “exotic” cars. In view of the brouhaha on the purchase of official vehicles, I decided to give my two cents before the house is properly served closing any window to address a matter before the court ;

“Official vehicles are a luxury for legislators (misconception)

I will try to avoid stressing the discriminatory nature of this misconception which deliberately overlooks the fact that all the honourable ministers, permanent secretaries, directors, assistant directors and management level staff of the 42 ministries and 400 parastatals of the executive arm, with its over 15,000 nationwide offices are routinely given official vehicles; not to mention the 180 judges and justices of the federal judiciary along with their senior level staff who are entitled to official vehicles including SUVs. But instead, I will focus on the fact that for legislators, these official vehicles are a matter of necessity.

“We too easily lose sight of the importance and utilitarian value of the legislature whenever we relish that red-hot chilli stew of sweet outrage at government. The legislature carries out an important duty of oversight as mandated by sections 88 and 89 of the Constitution. This singular duty routinely exposes the corruption and inefficiencies of the executive often amounting to trillions of naira, the very inefficiencies which create the dissatisfaction of Nigerians with government.

“I posit that our outrage as Nigerians because legislators approved Toyota Camrys for themselves is misplaced and better directed at the over 400 parastatals of the executive. I would also go further as to say that considering the state of Nigerian roads (which the executive is responsible for fixing by the way) SUVs and not saloon cars or Camrys, should be approved for use by legislators in their official duties.

“Recall that in the order of protocol in the National Order of Precedence Act, Senators and Members of the House of Representatives rank quite higher than Ministers, Ambassadors, SAs to the president, the SGF, the CBN governor, the service chiefs, the IGP, Court of Appeal Justices, Federal High Court Judges, Permanent Secretaries, Directors and Heads of Agencies etc. Yet, several of these persons have approved for them, up to 3 vehicles (including escort vehicles) to enable them conduct their official assignments. Where is the fairness or moral justification for us to complain when legislators get just one vehicle each?

“If other arms of government routinely use SUVs as official vehicles, is it fair to reduce the entitlements of federal legislators who do more for the nation to less than what is obtainable at the same level of service cadre? How do we reconcile the fact that every year, legislators sit in Appropriation committees validating the purchase of SUVs for public servants who they oversight and yet cannot drive the same vehicles to visit them for investigations?” Hon. Kalu posited in the piece.